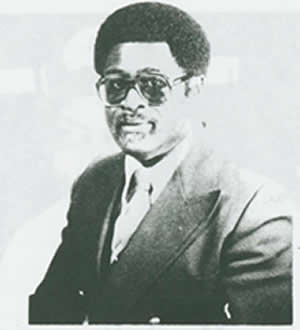 When people talk about football in Flint, it always includes the name Don Coleman. Only when you consider the fact that Don was trumpet player in Flint Central’s marching band until his senior year will you realize how great he really was. He didn’t have two years to develop his blocking and tackling skills. His mother did not want Don to play football, yet he excelled as a lineman.

In one year at Central High School he was selected unanimous All-City, All-Saginaw Valley at guard position; and All-State where he led all linemen in voting. After graduation from Central he enrolled at Michigan State University – and the rest is football history unmatched in Flint and MSU.

Don weighed only 178 pounds at MSU, playing tackle on offense and defense. In his four years at MSU he won many honors. He was called one of the two finest linemen in Big Ten history. Pound for pound, smart, quick and a fearless tackler, there was no one better at tackle. His No. 78 jersey was the first ever retired at MSU. He was considered by many to be the greatest player in MSU history.

He received the Harvey Barcus Award at the National Football Foundation and Hall of Fame in Detroit in 1972.

Don received his B.A., M.A., and Ph.D. from Michigan State University. Dr. Coleman has received numerous awards and belongs to many professional organizations.