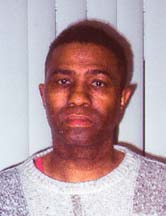 Tiny grew up on the north side and the south side of Flint. He attended Dewey, Walker and Clark Elementary schools. He also attended Whittier Junior High and graduated from Flint Central.

Because Tiny’s mother and father attended flint Northern, he was partial to the north side of Flint. As a youngster, Tiny’s uncle James Webb introduced him to Big Ten All American Don Coleman from Michigan State University. Tiny credits Ira Edwards for the reason he became a quarterback.

While at Flint Central, Tiny played for coach Bob Leach. He set a record for touchdown passes in one season, established a Flint class A season record in just five games and tied the previous high of 12 touchdowns in a single season which was set by Duncan McDonald from Flint Northern in 1950. Tiny also threw six touchdown passes and hit 10 of 14 passes for 259 yards in one game.

Tiny’s guided his team to an average of 294 yards per game. Tiny hurled 13 touchdown passes while completing 23 of 46 tosses for 470 yards. In one game he lead his team in passing with 36 completions for 500 yards. He was the only junior named to the All State First Team in 1963, along with his teammate Mel Summers.

He was the UPI Player of the Year and high school All American in 1953.

In 1964 for a second time he was on the All State team and earned a slot on the Class A All State Eleven along with teammate George Hoey.