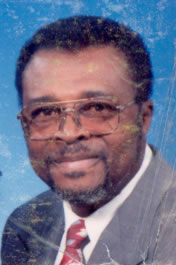 After high school John enlisted in the U.S. Army in 1963-1966, and was a member of the 173 Air Borne. Because of his boxing skills, John ended up in special services.

In the Army, John was welterweight champion in (Japan) USARYIS and Inter-service champion (Okinawa) runner-up USAR & PAC in (Korea). He fought in the all Army trails in Fort Hood, Texas. John was one of four boxers from Okinawa 173 Air Borne Brigade selected to represent the U.S. Army in the Inter-service boxing championship.
In 1965, he was USAR & PAC Champ (Hawaii) World Wide Inter-service Champion (Hamilton Air Force Base). John was credited with two wins a third round knockout and a decision that was termed the roughest fight of the tournament. In 1966 John was the 82nd Air Borne Champion and the 1966 All Army Trials in Fort Braggs, N.C. He was also World Wide Inter-service Champion in New Port News, Va. John was the 1968 National Golden Gloves semi-finalist in Salt Lake City. The 1969 State AAU Champion in Detroit and a National AAU semi-finalists in San Diego, Ca.

John traded his gloves in for the ministry and lives with his family in the Flint area.