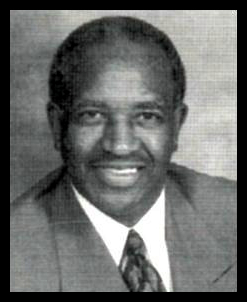 Clif came to Flint in 1963 after graduating from Hillsdale College where he held the record in most points scored in one game (44 points). He also ran cross country and was a member of the track team. He made all NAIA, All State and Honorable Mention All American. Clif also coached Junior Varsity Basketball while he was at Hillsdale.

His greatest asset to the Flint Community has been his coaching. Outside of Detroit, he was the first Black high school coach in Flint’s history and one of the first in the State of Michigan.

He was the first Afro-American to become Flint School District’s Director of the Recreation Athletic and Physical Education Department. Clif is retired from the Flint School district, but he is still coaching and working with our youth. Thanks for all the time you spent and the work you have done to help our youth. Congratulations Clif, you have made Flint Proud. This is truly your night.