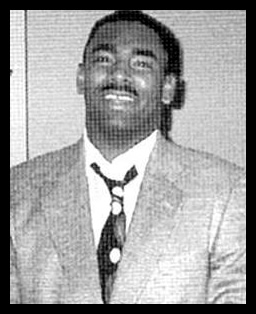 Mose Jr. Grew up in the Beecher School District and attended Messer Elementary, Summit Middle School and graduated from Beecher High School. After graduation, he went on to excel at Central Michigan University in Football and Coaching. Rison is a familiar name in the Flint area in sports. Mose Rison, Sr. and his brother Ernie played sports at Flint Northern High School. Mose Jr.’s brother, Bryan, was also an All State Basketball player at Beecher High. His cousin, Andre Rison, was an outstanding athlete at Flint Northwestern High School, MSU and in the NFL. Mose Jr. was a three sport star at Beecher High School, playing basketball, football and track, excelling in all three. Mose’s coaching career started in high school.

At CMU, Mose Jr. was perhaps the most versatile athlete on the team as a fine pass catcher, top kick off returner and the team’s leading scorer. After graduating from CMU, Mose, Jr. coached under Herb Devomedi for seven years. Mose Jr. began coaching in high school and went on to coach at CMU. He also coached at the U.S. Naval Academy for two years and then went on to Rutgers, coaching under Doug Garber.

Mose Jr.’s most memorable moment in coaching was at Stanford University where he coached under Tyrone Willingham, winning the Pack Ten and then went on to win the Rose Bowl. He had a short stay in the AFC with the New York Jets winning AFC East division and then went on to the playoffs. From there he went to the University of Arizona for one year.

Mose Jr. and his family live in Charlotte, North Carolina. Congratulations Mose Jr. You have made Flint Proud. This is truly your night.