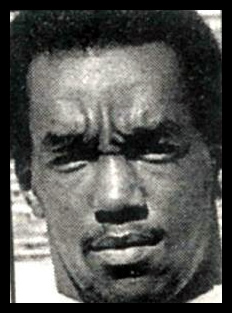 When Rickey Patton first came to Flint, he attended Mckinley Junior High and graduated from Flint Southwesten Academy. After graduation, he entered Ferris State University for one year. He then transferred to Jackson State University where he received All American honors in football.

While Rickey was at Southwestern Academy, he was an All State football player and ran on the track team. Rickey’s best time in the 100 yard dash was 9.9 seconds. In football, he set a record playing against Flint Northwestern, rushing for 253 yards in 19 carries scoring on runs of 44, 66 and 79 yards.

At Jackson State, Rickey was preceded by numerous professional stars like Len Barney, Coy Bacon, Willie Richardson and the late Walter Payton of the Chicago Bears. Rickey led the SWAC in rushing with 800 yards in 153 attempts that helped the tigers gain a share of the conference title with Southern University. “Rickey Patton is one of the best running backs ever to come through Jackson State University,” said coach Hill. He reminds you of Walter Payton. He is quick getting to the outside and strong running on the inside. His greatest asset is his ability to avoid tacklers.

Rickey’s professional career began with the Atlanta Falcons, venturing on to the Green Bay Packers and the San Francisco 49ers. In 1981, as a member of the San Francisco 49er’s, he lead the team in rushing with 543 yards in 152 carries. Rickey was the leading rusher in Super Bowl XVI with a 26-21 victory over the Cincinnati Bengals against his high school team mate, Reggie Williams from Southwestern Academy.

Rickey now lives in Atlanta, Georgia with his family. You have made Flint proud of you and your accomplishments. This is truly your night.