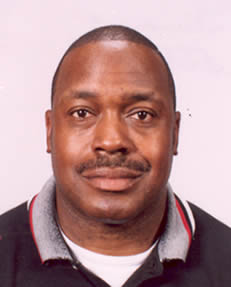 Dwayne excelled in football and track at Powers, however, his best sport was in track and field. Coming from Powers, (a class B parochial school) Duane’s speed made him one of the fastest runners to come out of the Flint area. He shattered two of the oldest class B records in track by winning the 100 yard dash with a time of 9.5 seconds and the 220 yard dash in 20.8 seconds. Dwayne ran in the Russina United States Junior Track Meet in Nebraska, where his relay team tied the world record and he won the 200 meter dash.

In May of 1974 Dwayne put on a sparkling performance in the class B regional track meet in Fenton, Michigan, winning the 100 yard dash in 9.4 seconds and later captured the 220 yard dash in 21.3 seconds. He ran a leg on the winning 440 relay team and took second in the long jump to emerge as the meets outstanding individual by accounting for 17 1/2 points.

In the city track meet, Dwayne ran a time of 9.6 seconds in the 100 yard dash and a 21.3 in the 220 yard dash pushing such standout predecessors as Herb Washington, William Wallace, Willie Polk, Ron Watkins and Mark Carrington out of the record books.

“He is a powerful runner” said coach McGonigle, “very coachable and a hard worker, he adds a lot of spirit to the team.”

In the state meet Dwayne ran the 220 yard dash in 21.2 seconds and appeared to erase the 29 year mark of 21.8, but because of a small wind he was not given the record.

In Mansfield, Ohio, Dwayne won the 100 yard dash with a time of 9.5 seconds, he was destined to become the greatest sprinter in Flint high school history. He finished a close second to Larry Johnson of Dayton, Ohio in the 220 yard dash. Dwayne ran a time of 21.0 seconds and Johnson ran a 20.9.

In his senior year at Powers, Duane received a track scholarship to the University of Arizona.

Dwayne lives in Venice, California and is the Operations Manager for DS Waters.

Dwayne you have made Flint proud, this is truly your night.