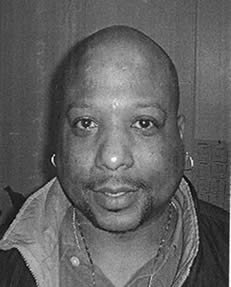 Edwin grew up on Flint’s north side and attended Pierson Elementary, Bryant Jr. High and graduated from Flint Northwestern.

Edwin is one of 13 area bowlers who have rolled two 300 games in the same series and the only one to have done it twice.

Edwin’s seven 300 games are two below the season record he has held since the 1993-94 season, when he bowled nine perfect games. Edwin has made the 7-10 split left handed and opened a new category in the area record books, of multiple 300 games using different hands.

Edwin is among only 13 men to have won the Fred Runnells Bowler of the Year Award. He is only the third person to have won the award more than once from the bowling association. Following season in which Edwin averaged 231 rolled six 300 games five 800 series and qualified for the Flint All Star Team for the fourth time in his career. Edwin lives in the Flint area.

You have made Flint proud, this is truly your night.