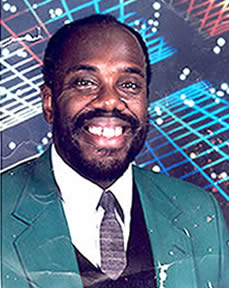 While at Southwestern, Harry was the Colt’s leading rebounder averaging 11.8 rebounds during the regular season. He made All Saginaw Valley, All Star second team his senior year.

After graduating from Southwestern, Harry attended Mott College earning varsity letters in the 1971-72 and 1972-73 seasons. He was the Bruin’s leading scorer, leading rebounder and the team’s MVP in 1973 and made the Jr. College All Tournament Team (Grand Blanc Juco Invitational) in the same year. Harry was voted athlete of the year and named to the All Tournament Team Region XII Tournament in 1973.

From Mott College Harry attended Central State University and in the 1973-74 season he earned a varsity letter and was the leading rebounder on the team in the 1974-75 season. Harry was named Co-captain of his team and made the All Tournament Team at the Shaw College Classic in Detroit, Michigan. In the same season Harry was the leading scorer and rebounder and voted the team’s MVP for the year. He was All NAIA district 22 first team and honorable mention NAIA All American. He helped carry Central State to the NAIA District 22 play off in the 1974 season

Harry lives in the Flint area. You have made Flint proud, this is truly your night.