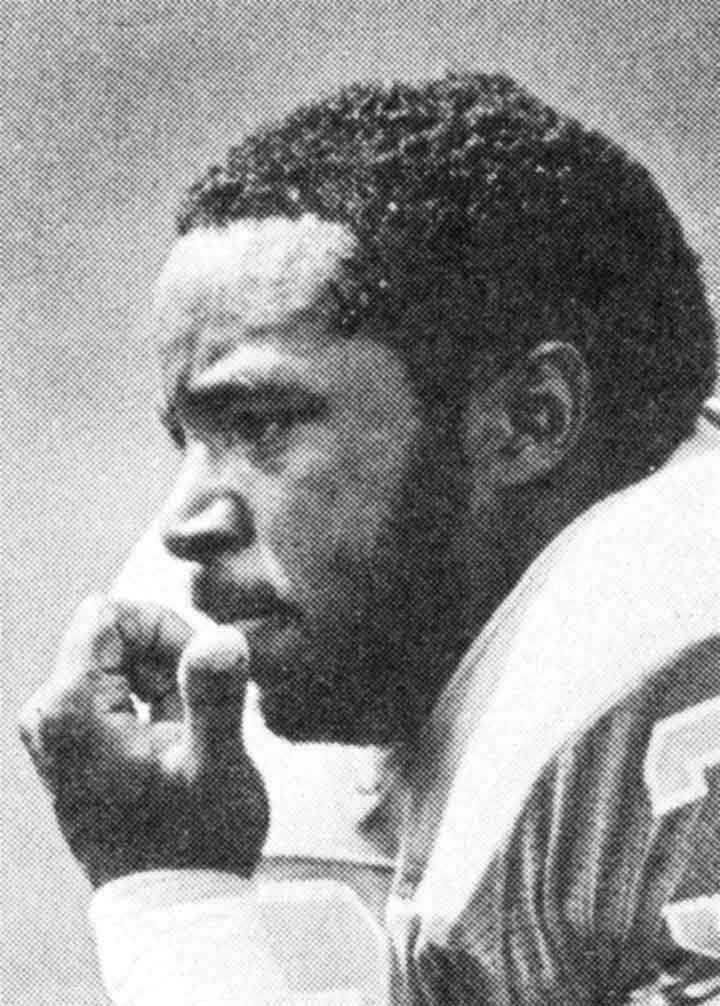 Booker grew up on Flint’ southside and attended Clark and Oak Elementary, McKinley Jr. High and graduated from Flint Southwestern. Booker’s outstanding talent in sports earned him a scholarship to Penn State University.

In high school Booker was a two time All Stater in football and ran the 220 yard dash. He was also a member of the 880 and 440 state championship relay team. Even though Booker ran track, football was his best sport. Booker was named to the Detroit News and the A.P. All State first teams. He was one of six running backs picked as a unanimous choice and also picked for the All State Elite Team by sports writers and broadcasters representing 13 regions in the state.

Booker had a sensational season his junior year. He lead his team to its third straight 8-1 championship and its fifth straight city series championship. Booker did what only five other runners in Flint history accomplished, rushing for 1,000 yards. Booker broke the season rushing record of 1,222 set by Bill Broadway in 1974. Booker’s season rushing yards was a total of 1,240, surpassing the record by 18 yards. Booker was a unanimous selection to the Saginaw Valley Conference Eastern Division team. It was said that Booker Moore was one of the finest running backs ever to perform in the Valley. He shared the division most valuable player award.

He received a scholarship to Penn State University and played football under coach Joe Paterno. At Penn State Booker finished with his career as the fifth all time rusher with over 2,000 rushing yards and 20 T.D.s and the most valuable player his senior year.

Booker was a first round draft pick for the Buffalo Bills and played for the Bills from 1981 to 1985.

Booker and his family live in Flint and he is a Sgt. at the Genesee County Sheriff’s Department.

Booker, you have made Flint proud. This is truly your night.