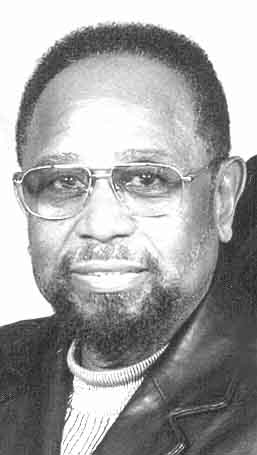 David grew up on Flint’s northside and attended Parkland and Jefferson Elementary, Emerson Jr. High and graduated from Flint Northern. David started his sports career in junior high school where he played all sports. He played on the varsity football team at Northern. David received the annual award given to Northern high school football letterman with outstanding achievement in citizenship and scholarship.

David organized the Flint Affiliation Basketball Organization in 1992. He feels that sports help students become better citizens and that young men need mentoring to help develop their social, academic, mental and physical wellbeing. This program has afforded these young men the opportunity to travel throughout the United States to AAU and YBOA tournaments for the past 14 years. These young men have won many state and national championships under Coach Munerlyn’s leadership.

Coach Mun is an active member of Liberty Christian Outreach Ministries, where he is a Deacon. Coach Mun has received many awards and honors including the Lutheran Child and Family Service Award. SGMA Hero Award for volunteer coaching for the State of Michigan. The Alton Patterson Award form the Olympian and CANUSA Committee. He has also received proclamations from Mayors Donald Williamson and Woodrow Stanley. He has a resolution from the County Board of Commissioners and the Youth Volunteer Award from the National Sorority of Phi Delta Kappa and the Gamma Delta Chapter.

Coach Mun’s players come from various economic and racial backgrounds. As it so often happens in sports, the love for the game knocks down any barriers that may exist. Many of the players maintain friendships long after basketball ends.

Coach Mun, you have made Flint proud. This is truly your night.