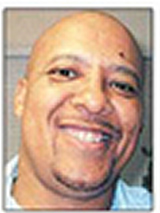 Craig had lightning quick speed and great basketball knowledge and skills. This year marks the 30th anniversary of Flint Northern winning the Class A State Championship under the leadership of Coach Bill Troesken of which Craig played an intregal part.

In the championship game Craig poured in 26 points to lead the Vikings to a 67-56 victory over rival Pontiac Central.

At the University of Illinois Craig averaged 10.7 points per game in the first season and by the second season he was averaging 15.5 points per game.

Craig was a key part of the World University gold medal team in Mexico. AMong his teammates were Kevin McHale of the Boston Celtics and Jeff Ruland of the Washington Bullets.

Craig is a utility attendant at Valley Hospital and resides in Las Vegas, Nevada.