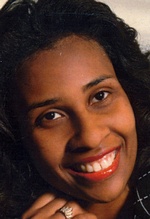 Tanya was raised on the north side of Flint. She attended Cook Elementary, Longfellow Jr. High and graduated from Flint Northern.

Tanya played for coach Dorothy Kukulka and was on three state championship basketball teams under Coach Kukulka. Tanya and her teammates were best known for jumping, stealing, rebounding and layups to bring Flint Northern its fourth consecutive Class A girls basketball championship – a Michigan first.

She was president of her senior class and honored by the Flint Optimist Club as Woman Athlete of the Year.

Tanya and her teammates along with her coach Dorothy Kukulka were inducted into the Greater Flint Area Sports Hall of Fame in 2002.