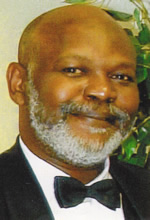 Doug grew up on Flint’s north side and attended Fairview Elementary, Lowell and Bryant Jr. High. He graduated from Northwestern High where he ran track, played football and was a member of the wrestling team.

At the University of Michigan, Dogu was the most competitive athlete on the track team. In 1976 he was a member of the Big Ten Triple Crown Championship track team. He was the 1977 Pen Relay’s collegiate high jump champion.

In 1975 Doug was a baseball and softball official in the youth and adult division of the Ann Arbor Recreation Department.

During the summers of 1970 through 1972 Doug coached the Neighborhood Youth Care track and wrestling teams for Flint area schools.

Doug and his wife reside in the Flint area.