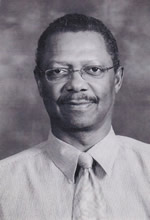 Fred waw born in Baton Rogue, Louisiana. He attended high school in Scottendville, Louisiana, where he achieved All-State honors as a quarterback in football in 1966. He reached state finals in track and field as a hurdler in 1967.

Fred went on to play football from 1968-1971 at Jackson State University in Jacskon, Mississippi where he earned All-Southwestern Athletic Conference (SWAC) honors and tried out for the NFL Philadelphia Eagles in 1971.

He was an assistant football coach at Southwestern from 1971-77. In 1978 Fred became head football coach and won the Saginaw Valley Conference East Division in football.

In 2001 he was selected as American Football Coaches Association National Assistant Coach of the Year for Division 1-A. Fred was a finalist for the 2000 Broyles Award given to the nation’s most outstanding Assistant Coach. He has coached five All-Big Ten running backsat Michigan. Fred was associate head coach from 2003-07 after serving six seasons as assistant head coach.

Presently, Fred is an assistant coach at the University of Michigan in Ann Arbor, Michigan where he began assistant coaching in 1995. Fred became a part of the 1997 National College Champions. He earned a Bachelor of Science degree from Jackson State in 1972 and added a Masters of Arts degree from Michigan in 1975. Fred played with the Flint Sabres semi-pro football team.

Fred and his wife Teresa reside in Ann Arbor, Michigan.