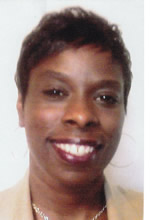 Taraisa grew up on the north side of Flint. She attended Wilkins Elementary, Bryant Junior High and graduated from Northwestern High School.

Taraisa helped make basketball history at Flint Northwestern with back-to-back Class A championships in 1983 and 1984. Along with her teammate Tonya Edwards, the Northwestern girls basketball team had a record of 55-1 over two season, and won 16 tournament games by an average margin of 59-35.

Taraisa was named Flint Northwestern’s prep player of the week selected by the Flint Journal. She scored 16 points on Friday and 14 points on Saturday to help the Lady Wildcats to a Class A regional basketball crown.

She made All-Valley Second Team and along with her teammate Tonya Edwards was named to the First Team All-City series team in 1983. Taraisa helped lead her team to a Saginaw Valley conference title with an unbeaten record of 10-0 and went on to win the Class A state championship.

Taraisa was the Lady Wildcats’ top rebounder with 10 rebounds per game and averaged 10 points per game.

At Michigan State University, Taraisa was named co-captain of the girls basketball team, and because of her outstanding play she was named to the All-Big Ten Honorable Mention team.

Taraisa resides with her family in Pittsburgh, Pennsylvania.