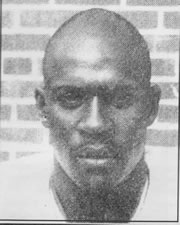 Craig grew up on Flint’s north side and gtradutaed from Flint Northern High School. In 1960 Craig led Flint Northern to an undefeated season of 9-0 to make his team Class A state chapions in football.

In scoring the Vikings held an edge over their opponents, 197-51. Craig had a solid grip on the individual honors with 13 touchdowns and six extra points for a total of 84 points.

In 1960 Craig was selected to the Class A First Team in the Saginaw Valley Conference by coaches and newspaper representatives and the the state by the Associated Press, United Press International, the Detroit News and the Detroit Free Press.

Craig set a Saginaw Valley five game scoring record with nine touchdowns and four extra points that year. In five games, Craig gained 389 yeard in 53 carries for a 7.3 yeards per try. Craig was selected to the 1960 All-State Football Team and was unanimously picked for the First-Team All Saginaw Valley League sqau along with his teammates Herb Cleaves, Carl Harris and Willie Dent.

One of Craig’s best performances was against Saginaw High when he scored on runs of 4, 56 and 10 yards, plunged for an extra point, tossed a 20-yard pass to Ed Johnson and gained 111 yards in nine attempts. Against Arthur Hill Craig demonstrated his potential by scoring the first three touchdowns on plunges of two, three and six yards, and rushed for 65 yards.

He played football for the University of Iowa from 1962-1964 and collected 254 yards and three touchdowns as a junior. He was Iowa’s second leading ground gainer in the 1964 season.