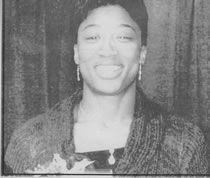 Stacey attended Freeman Elementary School and started Southwestern Academy in the seventh grade. In basketball Stacey was Southwestern’s team captain from 1994-1996. She was elected to Flint’s All-City First Team from 1993-1996; received All-Saginaw Valley League recognition from 1994-1996; and made First Team All-State in 1995-1996.

Stacey was a national nominee for Wendy’s High School Heisman Award in 1995. She was named Michigan’s high school Player of the Year by Gatorade Circle of champions in 1996.

In college, Stacey was named the University of Michigan’s MVP as a freshman on the basketball team in 1996 and again in the 1997 season. She was named to the USA Basketball Junior World Championship team and also received the Chicago Tribune’s Big Ten Most Valuable Player Award. Stacey broke the Big Ten Conference record for the most steals from 1999-2000 and was named to the All-Big Ten First Team. She became only the second person in history to eclipse the 1,000 point mark.

Stacey was selected to District 6 Division I Kodak Team in 2000. She played and started in every game during her four years at the University of Michigan. Stacey was also a member of the University of Michigan’s women’s track team for two years (1998-1999) and was part of the Big Ten Conference championship team in 1998 (outdoors) and placed seventh in the high jump conference championship in 1998.

Stacey was drafted by the Portland Fire of the WNBA in the second round (23rd overall) and made the starting team as a rookie. She played six seasons in the WNBA (2000-2005). She also played professionally for the Phoenix Mercury, and the Detroit Shock team that won the WNBA championship in 2003.