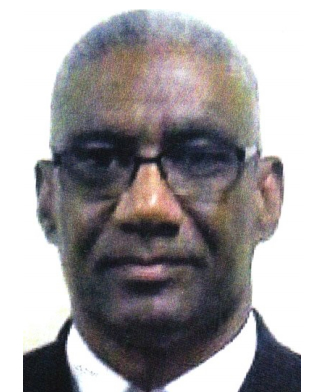 Ernest was named captain of his high school basketball team, a team in which he led in scoring and rebounding. He set many school records at Motley High School in Columbus, MS.

Ernest was selected to participate in the Mississippi State Association of Coaches All-Star game and went on to win the game’s most outstanding offensive player award.

Ernest attended Mississippi Valley State University where he had a standout career. As a junior, he recorded a career-high and school-record of 49 points and also led the Delta Devils in scoring rebounds.

Ernest’s senior year he led his team in scoring and rebounding and was named team captain. He made All-Conference his junior and senior years. During those two years, Ernest averaged 20.6 points per game, 9.4 rebounds and shot 84.5%.

After turning down an offer to play with the Harlem Globetrotters, Ernest came to Flint in 1979. Earl Jordan, an AA Recreational League coach spotted Ernest playing a pick-up game. Jordan was so impressed that he asked Ernest to join his basketball team (Universal Collision) and this is where Ernest’s (Big E) career in Flint City AA Basketball started.

Ernest left the Universal Collision Basketball team to join the Sam Ragnone Attorney Basketball team. Ernest teamed with local stars such as Joel Ragland and Lamarr (Spider) Edwards to form the Big 3 that took the City AA League by storm.

Throughout Ernest’s career, he was a part of many championship teams including the first ever Flint Pro-Am Championship in 1990 with NBA stars such as Jeff Grayer and Roy Marble. Over the course of Williams’ career, he claimed six All-Scoring titles and earned three MVP Awards.