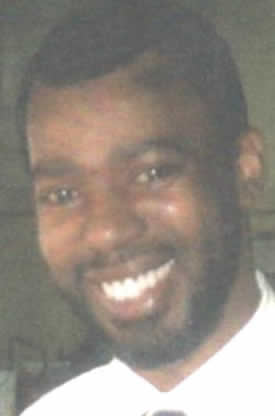 Ron Polk was an all-around athlete, while at Flint Northern High School his athletic prowess was displayed in basketball, football and track & field.  On the track Ron was a co-captain on the 1971 Flint Northern track & field team under coach Norb Badar.  Ron ran for a  personal best time of 22.3 seconds in the 220 yard dash at the Saginaw Valley track meet in 1971.  As a member of the 880 Relay team Ron helped achieve a State Regional record of one minute and 29 seconds.  Ron’s Flint Northern track & field team went on to become City Champs and Valley Champs in 1971.

Ron also thrived on the basketball court averaging 11.5 points per game and, leading his team in rebounds and assists on his way to earning All-Saginaw Valley honors.  Ron and his teammate Wayman Britt were named to the second Team All-Saginaw Valley team in 1971.

Ron also played on Flint Northern’s 1970 Football team as a wide receiver and defensive back making him a three sport star, displaying his athletic gifts in many ways.  Ron was Flint Northern’s top defensive player and  made the first Team All-City, All-Valley teams and was honorable mention for the All-State team in his senior year leading Flint Northern to a 7-2 record.

Ron Polk you are a true definition of being “Flint Strong”! You have made Flint proud, welcome to the Greater Flint African-American Sports Hall of Fame!