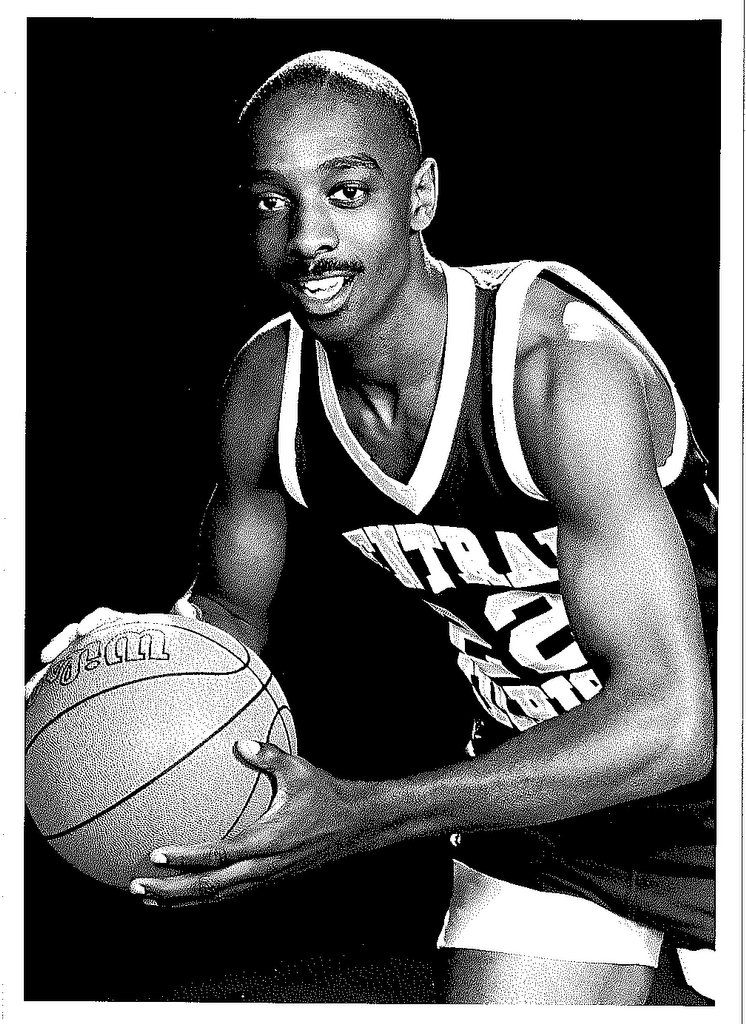 Ervin Leavy was born and raised in Flint, he grew up playing basketball behind Gundry Elementary School where he would play all day.  Early on he showed no indication that he would go on to play professional basketball, from 7th to 10th grade he failed to make the basketball team but in his junior year he made the JV Basketball team at Flint Central High School.  His senior year he was able to play at the varsity level and under the leadership of legendary Head Coach Stan Gooch he earned a State Championship in 1983.  Ervin led the team in scoring with 21 points in the State Championship game.  In that same season he was named Flint Journal Prep Player of the Week in March of 1983.

Ervin continued his academic and basketball journey at Mott Community College where he helped the team reach the state final in 1984.  He played two season at Mott Community College earning MVP honors as MCC won the Junior College State Tournament in 1985.  In February of 1984 Ervin was named MCCAA East Division Player of the Week.  His accomplishments at Mott helped him obtain major inquiries from Western Kentucky, Michigan State, Iowa, Kansas and Central Michigan University.

Ervin chose to attend Central Michigan University where he earned the nickname “Lightning” as he was known to strike from anywhere on the court.  He was named captain of the 1986-87 team that finished 22-8 and won a Mid-American Conference Championship.  He finished his career at CMU as the 4th highest scorer in school history averaging 17.6 points per game, and 28th in total points with 1003 points scored while at CMU.  He was named Central Michigan University’s Man of The Year in 1986 and earned the Senior Athlete Award by the CMU Club of Greater Flint in 1987.  Ervin was also named 1st Team All-MAC in 1987, 2nd Team All-MAC in 1986 and was named to the All-Mac Tournament team in 1987.  In 2008 “Lightning” was selected as one of Central Michigan University’s top 35 athletes of all-time in the history of the school.

In 1987 Ervin Leavy caught the attention of the National Basketball Association and was drafted by the Chicago Bulls with the 10th pick of the 7th round.  Although he did make the final cut, he battled fellow rookies Scottie Pippen and Horace Grant and even had the opportunity to play with Michael Jordan.

Leavy also played professionally overseas in Singapore and in 1991 he obtained his Bachelor’s degree from Central Michigan University in Applied Arts & Recreation Administration and also earned his Masters of Arts & Technology in Education in 2011.

Ervin “Lightning” Leavy is currently the director of intramural sports and student development with the recreational services at the University of Michigan-Flint, as well as an adjunct lecturer with public health and health sciences.  Leavy also continues to have love for the game of basketball as he facilitates basketball skill camps for the youth of Genesee County and surrounding areas.

Ervin “Lightning” Leavy you are the true definition of being “Flint Strong”!  You have made Flint proud, welcome to the Greater Flint African-American Sports Hall of Fame!