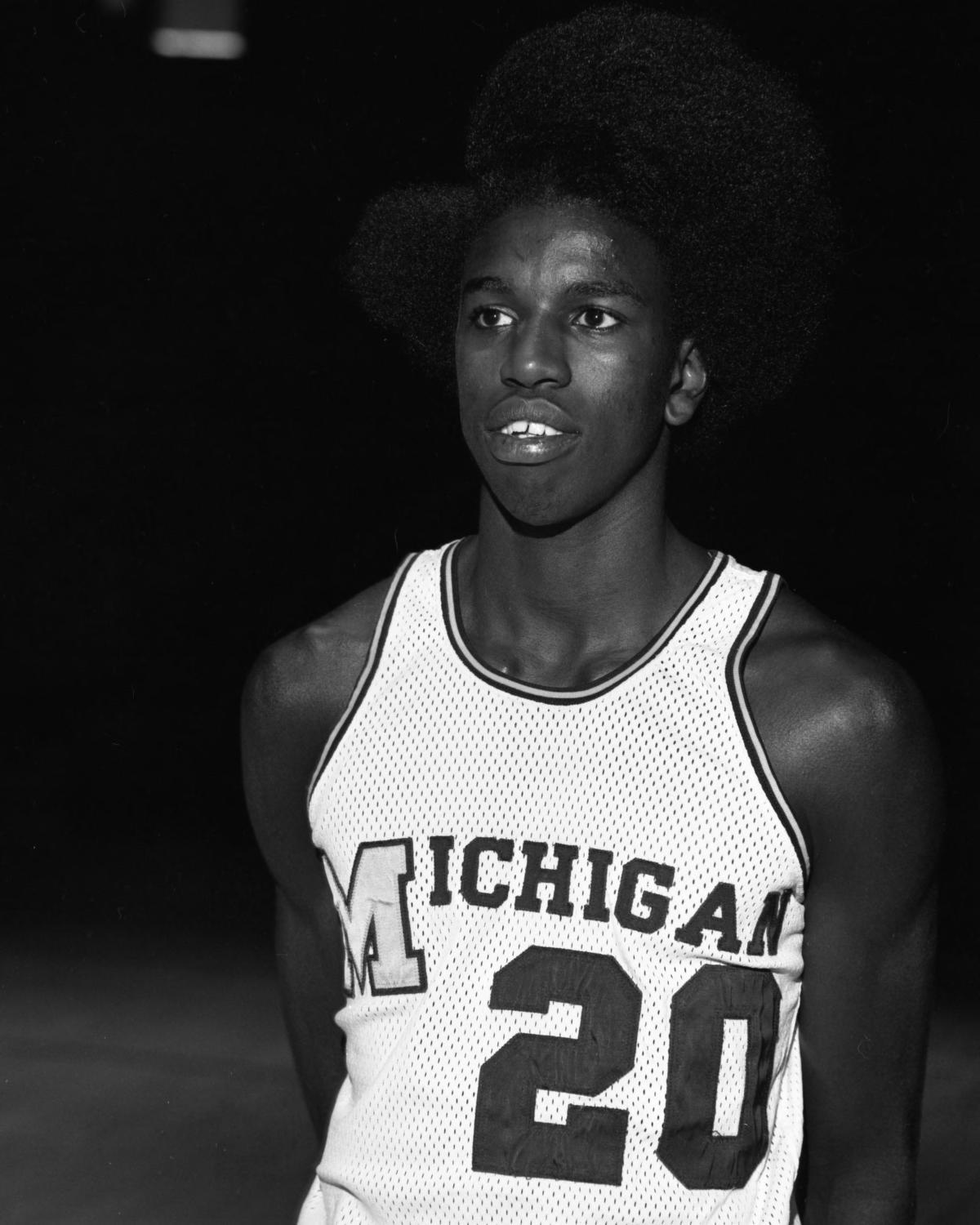 Joel Thompson played basketball at Beecher High School from 1971-1974.  In his senior season averaged 23 points and 16 rebounds per game while leading Beecher to an undefeated regular season was a 1st Team All-Big 9 and a 1st Team All-State player at the forward position.

Joel continued his basketball career at the University of Michigan where he played from 1974-1978.  In 1976 as a sophomore was part of a Michigan team that went all the way to the NCAA Championship game.

As a junior averaged 7 points and 3.5 rebounds per game and helped Michigan become the number one ranked team in the country.  That season Michigan also won a Big-10 Regular Season Championship and advanced to the Elite 8 in the 1977 NCAA Tournament.

In his senior season at the U of M, averaged 15.7 points, 8.7 rebounds and 1.2 blocks per game, his leadership helped Michigan achieve a 16-11 record.

Thompson finished his career at the University of Michigan with 767 career points, 448 career rebounds and 33 blocks.

His great career at Michigan caught the attention of the NBA and in 1978 the Houston Rockets selected him in the 4th Round of the NBA Draft.  Joel went on to have a distinguished professional basketball career in the Australian Basketball League.

Joel Thompson you are the true definition of being “Flint Strong”! You have made Flint proud.  Welcome to the Greater Flint African American Sports Hall of Fame!