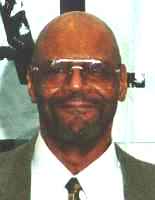 Gene grew up in Flint and attended elementary at Fairview, Roosevelt and Jefferson. He attended Emerson Junior High and graduated from Flint Northern.

While at Northern Gene finished his varsity career by scoring 205 points and was named to the All Saginaw Valley Conference Team his senior year.

While attending Flint Junior College, Gene established numerous records and averaged 32.2 points during his freshman season. He scored 660 points during a 24 game campaign in 1964 under coach Bill Blamer.

It was at Northern Michigan University where Gene achieved his greatest feats as a basketball player. Standing at 6 feet 4 inches, and weighting 210 pounds, Gene played center and was a powerful force under the boards. He was strong physically and just as strong a competitor said his Northem Michigan University coach, Stan Albeck.

In the 1965-66 season Gene scored 50 points in a single game against Michigan Tech. During his senior year, he averaged 30 points and 14 rebounds per game, and scored 29 points against the University of Oklahoma. He was named MVP two consecutive seasons. Gene was NAIA First Team All American twice at Northern Michigan University.

Gene was drafted by the Chicago Bulls in the spring of 1966 and was the first Flint basketball player to be selected in a college draft by the NBA. After being cut from the Bulls, Gene received a tryout with the Dallas Cowboys of the NFL.

In 1970, Gene played for Julie’s Pawn Shop, and won the National Championship. This team, says some, was the greatest City Class AA League team in history.

Gene lives in Flint and is employed by the Flint Community Schools, where his coaching skills are put to good use at the middle school level.