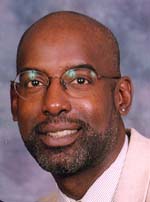 Ken grew up on the southside of Flint and attended Clark Elementary, Whittier Junior High and graduated from Flint Central.

While attending Flint Central, Ken was the first player to score more than 400 points . Named most valuable player his senior year, scoring 521, the tribe put together a 18 and 3 record and won the Saginaw Valley Conference Championship under coach Clif Tumer.

Ken also scored 59.9% of his field goal tries and averaged .680 on free throws while hitting 24.8 points per game.

Named to the UPI Class A All State Team, he made the AP All Star Basketball Team, First Team All Valley and was named Michigan High School Player of the Year.

At 6 feet 10 inches and weighing 235 pounds his senior year at the University of Michigan, Ken played center and was named co-captain of the team.

Ken played for the Big Ten All Star Team that toured Australia. He ranked ninth as a rebounder in the Big Ten’s 1972 and 1973 season. He averaged 10.4 rebounds for one and a half seasons and was excellent at the out let pass.