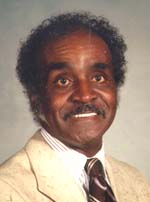 Matt is a music lover and in his younger years played with Eston Broome and his Sweepers. He also loves to play golf, and if you ask him, he will tell you about the two holes in one he has captured.

Bowling, however, is Matt’s claim to fame. He began his bowling career in 1965 at the Downtown Capital Bowling Alley. He has bowled in many of the bowling alleys that no longer exist, such as Oak Park, North Flint Recreation and others. He was the first African American to bowl a 300 game at Southland Bowling alley on February 23,1970. Matt has bowled an additional eight 300 games, one as recently as 1996.

At the age of 68 he bowled three 300 games in one season one each in Saginaw, Brighton and Ann Arbor. At the age of 66 Matt bowled the only 800 series of his career,

A member of the TNBA, he won the TNBA Nationals doubles title in Buffalo, New York, as well as the TNBA All Event Title and maintained at least a 200 average in most leagues for the past 20 years.

Matt was the 35th honoree to be saluted at the opening ceremonies of the FMBA’s 75th Annual City Tournament at Holly Lanes. He was inducted into the Flint Bowling Hall of Fame in 1992. He is a member of the Flint Senior All Stars and holds the post of secretary-treasurer of the Flint Senior Bowling Association.

Matt currently bowls in six leagues in Flint, Ann Arbor, Ypsilanti, Belleville and Brighton, and has a low average of 200 and a high average of 215.