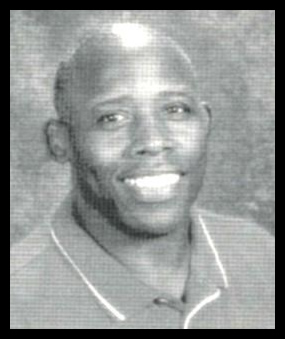 John Matthews grew up on Flint’s South side and attended Walker Elementary, Whittier Jr. High and graduated from Flint Central High School. John entered Central Michigan University and excelled in the sport of wrestling. In high school, John was an outstanding wrestler and was named to the All State Class A Wrestling Team his senior year.

At Central Michigan University John was named the most outstanding freshman wrestler his first year of college. In John’s senior year at CMU, he carried a 15-5-1 record in the NCAA Eastern Conference and Mid-American Conference Championship at 158 lbs. John was an eight time National Champion, a 1979 Pan-Am Game Gold Medallist and a member of two United States Olympic Teams. John also competed in several international meets in Poland, Sweden, and the Soviet Union. He was denied a chance to win a Gold Medal in Moscow when President Jimmy Carter decided not to send American athletes to compete in Moscow. John entered and won Greco-Roman wrestling competition meets, earning recognition on the National level.

John and his family lives in Phoenix, Arizona. You have made Flint proud of you and your accomplishments. Tonight is truly your night.