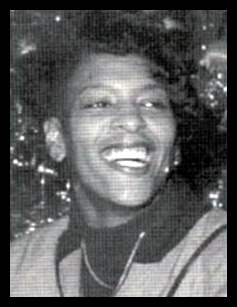 Judy grew up on Flint’s North side with her three brothers; Dwayne, Keith, and Craig. Being the only girl, Judy was introduced to sports early. She attended Bunche Elementary, Emerson Junior High and after graduating from Flint Northern, Judy attended Syracuse University and the University of Washington.

While at Flint Northern, Judy excelled in Basketball and Track. Judy was one of the select few that played basketball under coach Dorothy Kukulka that never lost a game during her three years at Flint Northern. Under Coach Dedrick, Judy never lost a track meet in her three years running track at Flint Northern. In Basketball with the state’s longest winning streak of 74 games and winning three state championships, Judy was named to the All State and All Saginaw Valley Cage Team her senior year, along with her teammate Leteia Hugley. In track and field under coach Dedrick, Judy was on three state track championships teams.Judy set a record in the city track meet in the 110 yard hurdles with a time of 14.4 seconds. She won the 220 yard hurdles and high jump, winning a total of three events for the Lady Vikings.

Judy was highly recruited by colleges her senior year. She accepted a scholarship at Syracuse University. After spending one year at Syracuse, Judy transferred to the University of Washington to play with her school team-mate Leteia Hughly. Tonight Judy’s brother, Dwayne Tucker, will be accepting for his sister. Tonight the tucker family and Flint can be proud of Judy’s accomplishments.