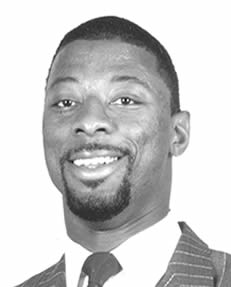 Carl moved to Flint with his family from Chicago. He attended Bunch and Daily Elementary schools, Dolan Junior High and graduated from Beecher
High School. Carl was a three sport star at Beecher. He made All State in football and basketball and threw the shot put on the track team. Carl received a scholarship to attend Michigan State University. At Michigan State Carl was named All American in football by the sporting news as one of the best college football players in the country. He was selected to All American honors by the United Press and the Associated Press. Carl was the third player from Flint at that time to be honored at Michigan State with that honor. Carl was three times All Big Ten at linebacker position.

His senior year at Michigan State, Carl won the Dick Butkas Award as the Nations best linebacker. Carl was drafted by the New York Giants, where he teamed up with Harry Carson and Lawrence Taylor to form one of the most formidable linebacker trio in NFL history.

In 1986 Super Bowl win over Denver, Carl led the defense with 10 solo tackles. Carl finished his football career in 1995 with the Cleveland Browns.

Carl lives in New Jersey and credits his work ethic and success to his Flint background.

Carl you have made Flint proud, this is truly your night.