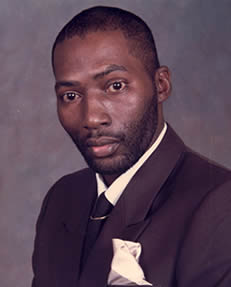 Willie grew up on Flint’s north side and attended Jefferson and Garfield Elementary schools, Emerson Jr. High and graduated from Flint Northern High. While at Flint Northern Willie played basketball and ran track. He was considered one of Flint Northern’s all time great sprinters in Flint history. Coach Badar attributes Polk’s success to the fact that he was coachable.

In 1968 and 1969, Willie received All City, All Valley and All State awards in track. He was voted captain of the track team in 1969. During his senior year Willie ran a 21.5 seconds in the 220 in the valley meet which was two tenths better than the previous record by Herb Washington and four tenths better than Flint Northern’s great William Wallace.

Sports writer Len Hoyes wrote in his column that Willie Polk was the best individual sprinter in the Flint area. In the city track meet, Willie raced to two victories, equaled a record and was the meets top scorer with 15 points.

In 1969 at Central Michigan’s indoor invitational track meet, Willie won the 60 yard dash in 6.3 seconds and equaled the meet record of 7.2 seconds in the 65 yard low hurdles, and took a third in the long jump accounting for three fourths of Northern’s points. In Mansfield, Ohio, Willie won the 100 yard dash in the 38th annual Mansfield relays with a time of 9.9 seconds and finished second in the 220 with a time of 21.9.

Willie qualified to go to Minneapolis for the National track meet winning the 100 yard dash in 9.3 and the 220 yard dash in 22.0. He received a full track scholarship to Texas Southern University in Houston, Texas.

Willie was one of the four top runners on Texas Southern University’s track team. As a freshman he went to the competition in Turin, Italy with the U.S. Track Team. Willie received the MVP National Championship Award from 1970 to 1973. Willie ran with Robert Taylor,
Rodney Milburn and Fred Newhouse, winning the Munich relays. Willie lives in the Flint area.

Willie, you have made Flint proud, truly this is your night.