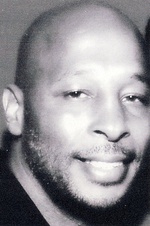 As a junior high student, Amos was an undefeated City Champ at 29-0.

Amos had a winning streak of 120 matches while at Northwestern in Greco Roman and Freestyle. He never lost a dual match his entire junior and senior high career. Amos suffered three losses during his high school years. His record was 103-3.

Amos attended the University of Michigan, where he was Big Ten Champ (126) and Freshman of the Year in the Big Ten.

Amos was the first wrestler from the state of Michigan to win the National Championship in Greco Roman at 123 pounds in 1974. He was also the first from Michigan to wrestle in Tokyo, Japan as part of an exchange program.

He lived in Flint for more than 30 years and now resides in Charlotte, North Carolina.