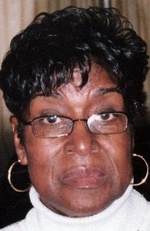 Rose Byrd was raised in Haskell, Oklahoma. After graduating from Booker T. Washington High School, she moved to Flint. During the early 60’s and 70’s, Rose assisted with training her husband Joe as he prepared for professional matches. This assistance compelled Rose to become more active in boxing when it was not popular for women to coach and/or work the corner of boxers. Rose went against the norm and became a licensed boxing coach. It is believed that she was the second licensed female boxing coach in the nation. Rose worked City, Regional, State and National tournaments. She served as team manager for the 1986 Region V U.S. Boxing Federation Tournament, traveling to Lake Placid, New York.

Rose assisted her husband Joe when her five sons and daughter turned professional. She worked the corner for her daughter Tracy who became a two-time world boxing champion.

Rose worked the corner for her youngest son Chris when he won the World Boxing Organization Championship (WBO) in Germany, and the International Boxing Federation World Championship (IBF) in Atlantic City.

Through boxing, Rose has traveled extensively. She is the former secretary for the National Coaches Committee and the Michigan Amateur Boxing Association.

At present, Rose is a member of the Michigan Association Registration Committee and serves as coach and secretary at the Joe Byrd Boxing Academy.

Rose and her husband Joe reside in the Flint area and continue to encourage and help our youth believe in themselves.