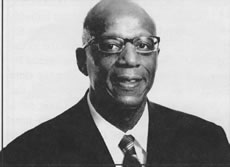 In football Reggie was a three varsity letterman. HE was All State running back, All Saginaw Valley league MVP and his team named him co-captain in 1977. Reggie earned a four year scholarship to Central Michigan University where he rushed for a career total of 2,394 yards – which helped Central Michigan become Mid-American Conference champions in 1979 and 1980. Reggie received CMU’s team MVP award in 1981 and in the same year rushed for 1,068 yards.

After Reggie’s college football career, he became a football coach at CMU, Ferris Stae, University of Michigan, Western Michigan, Kent State, Kansas, Minnesota, Michigan State and Illinois. Reggie was named interim coach for the University of Kansas Jayhawks in 2011, filling the gap between Coach Turner Gill and coach Charlie Weiss. Reggie has coached, tutored and recruited many players who went onto play in the NFL. Reggie is currently the running backs coach and recruiting coordinator at the University of Kansas under head coach Charlie Weiss.