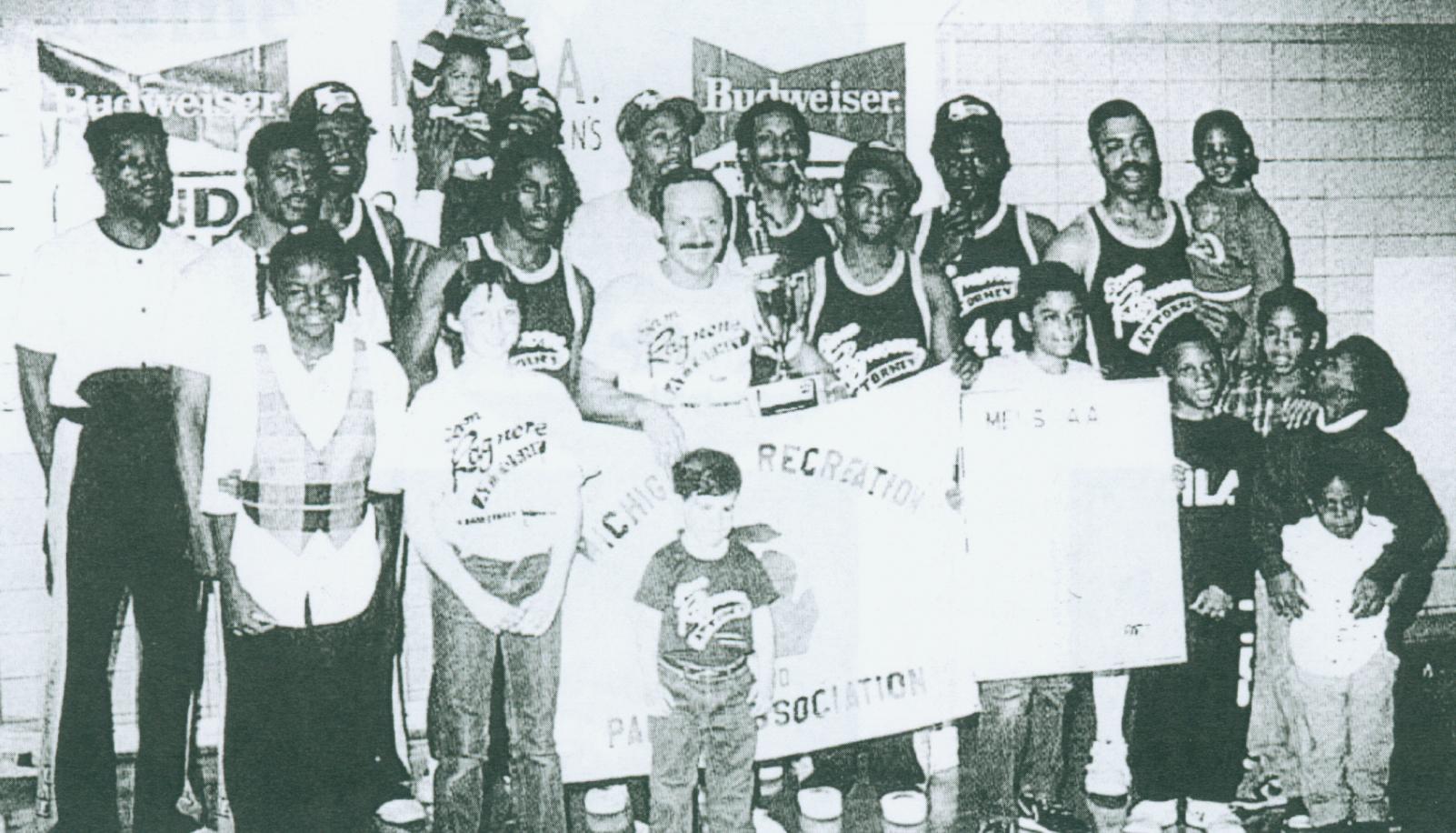 On January 31, 1986 the M.R.P.A. awarded the city of Flint its 1986 Basketball Tournament. The Flint Department of Parks and Recreation, recreation division was also named the host agency for the tournament. The three-day tournament resulted in Flint winning the top competition, the men’s class AA Championship. The Sam Ragnone Attorney team defeated Rochester (MI) North Stars by a score of 90-73 to claim the title.

For their talent and outstanding record the Sam Ragnone Attorney men’s basketball team is being inducted into the Greater Flint African American Sports Hall of Fame Class of 2014.