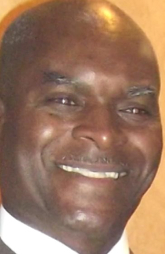 Joel once scored 56 points and grabbed 30 rebounds in a single game at John Wesley College before they had the 3-point line.

Joel was the Michigan Collegiate career scoring leader from 1972-1976.

Joel tried out for the Los Angeles Lakers in the 1977 NBA season making it to the last cut.

Joel was named MVP and scoring champion of the AA League during their three-peat championship run.

At age 37, Joel won MVP of the first Flint Pro Am by scoring 45 points. His Pro Am team mates included Jeff Grayer of the Milwaukee Bucks, Glen Rice of the Miami Heat, Roy Marble of the Atlanta Hawks and William Bedford of the Detroit Pistons.

Joel also helped defeat Michigan’s famed Fab 5 by hitting five 3-pointers, including one to send the game into overtime (1992).

Joel poured in 56 points to lead the Yellow Team to a 169-164 victory over the Green Team in the Future Professional NBA Stars All-Star Classic at Jordan. College.