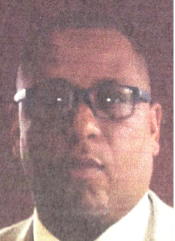 Terence led the Flint Central Indians to its third straight Class-A Basketball Championship in 1983 as a sophomore starter.

Terence was a two-time Parade All-American in football and basketball and scored over 1,500 points in his prep career on the hardwood.

Terence’s outstanding play at DePaul landed him in DePaul’s Athletic Hall of Fame. He was inducted January 20, 2013 at McGrath-Phillips Arena in Chicago.

After college he played professional basketball overseas in Mexico and France. He participated in NFL and NBA tryouts.

Terence was an assistant basketball coach at Mott Community College, 1996-97.

He coached at Eastern Michigan University during the 1999-2000 season. That season the Eagles earned a 15-13 overall record and a trip to the Mid-American Conference tournament.

Terence’s big break came when he was named an assistant basketball coach at the University of Michigan in 2001.