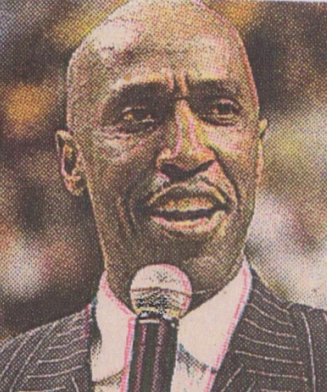 Trent was a Class A All-State player at Flint Northwestern. He started on Coach Grover Kirkland’s varsity squad for three years.

Trent set a single game scoring record (49 points) before 3-point shots were part of the game.

From 1978-82, Trent attended the University of Minnesota where he led the Golden Gophers to a Big Ten title in 1982.

Trent was selected as a member of the All-Big Ten Basketball team and Minnesota has since retired his number (#32).

Trent was selected by the New York Knicks in the 6th overall pick of the 1982 NBA Draft.

Trent enjoyed 11 years in the NBA with the Knicks, San Antonio Spurs and the Chicago Bulls.

Trent is still known for the “Trent Tucker Rule” when he forced the NBA to modify its rules after he connected on a buzzer-beater with only 0.1 remaining in 1990. Now at least 0.3 seconds must be on the clock in order for a player to complete a shot.

Trent’s run in the league was capped by an NBA championship with Michael Jordan and the Bulls in the 1992-93 season.

Trent scored 6,237 points in his NBA career, dished out 1,532 assists and ended with a 49.9, 3-point field goal percentage over his career. He still holds the Bulls team record for the most consecutive 3-pointers made in a game.

Trent represented the Knicks in the first-ever 3-point shoot out (1986) making it to the semifinals before being outpaced by Craig Hodges and eventual winner Larry Bird.