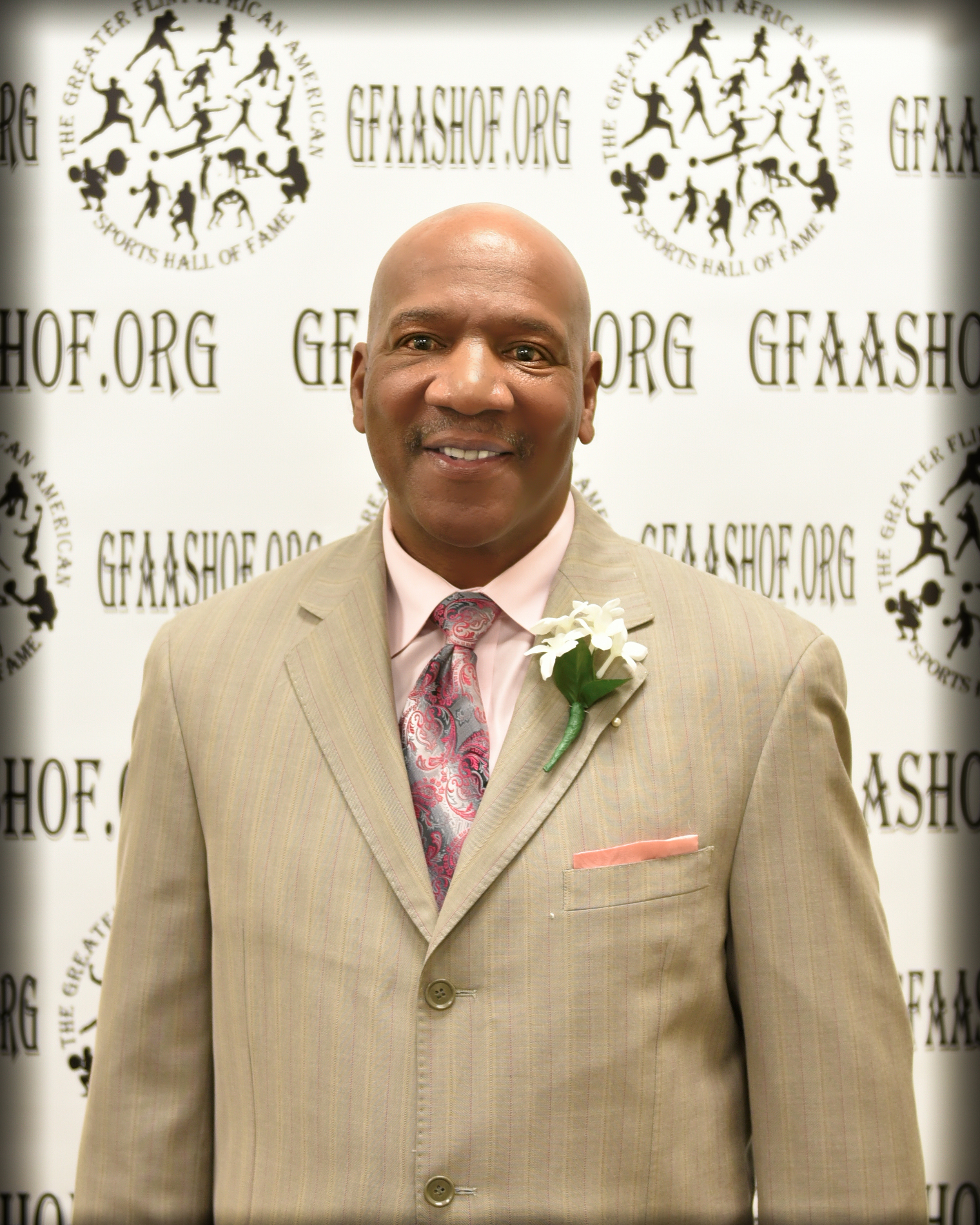 Carl attended Stewart Elementary, Whittier Junior High School and began his athletic journey when he joined the Bark Street Pirates where Tommy Milford Edwards introduced him to football.  Carl also was a product of the Mott Youth Football Program.  In high school Carl was on the football, wrestling, and track & field teams at Flint Southwestern High School graduating in 1976.  Carl ran the 440-yard dash and 4×800 relay and was a key member of Flint Southwestern’s 1974 track & field team which placed first in City, Saginaw-Valley Regionals, Mott Relay races and first in the state.

On the football field Carl Word emerged as one of the top defensive players in the Flint Area.  In 1975 Carl was named first Team All-Valley and All-City as a defensive back.  To help the team achieve greater success Carl also played quarterback and went on to lead the Flint Southwestern football team to an 8-1 record in 1975 which was first in the city, second in Saginaw-Valley and fifth in the State of Michigan.  “The best two-way player I ever coached, because of the difficulty in the positions he played,” said head coach Dar Christiansen.  Carl was known for being an all-around athlete which helped him excel in wrestling as well, he placed fourth in regionals for the 155-pound weight limit in 1975.

Carl’s achievements on the football field gained the attention of Michigan, Michigan State and Oklahoma, however his journey took him to Central Michigan University where he helped lead the Chippewas to a MAC Conference Championship in 1979 under legendary head coach Herb Deromedi.  A four-year starter playing defensive back, running back and punt returner throughout his collegiate career, Carl helped lead CMU to a team record of 37-7-1.  Carl graduated with a B.A. in Education from Central Michigan University and earned his Master’s Degree at Western Michigan University, using that knowledge to devote over 31 years to the Lansing School District.

Carl Word you are a true definition of being “Flint Strong”! You have made Flint proud, welcome to the Greater Flint African-American Sports Hall of Fame!