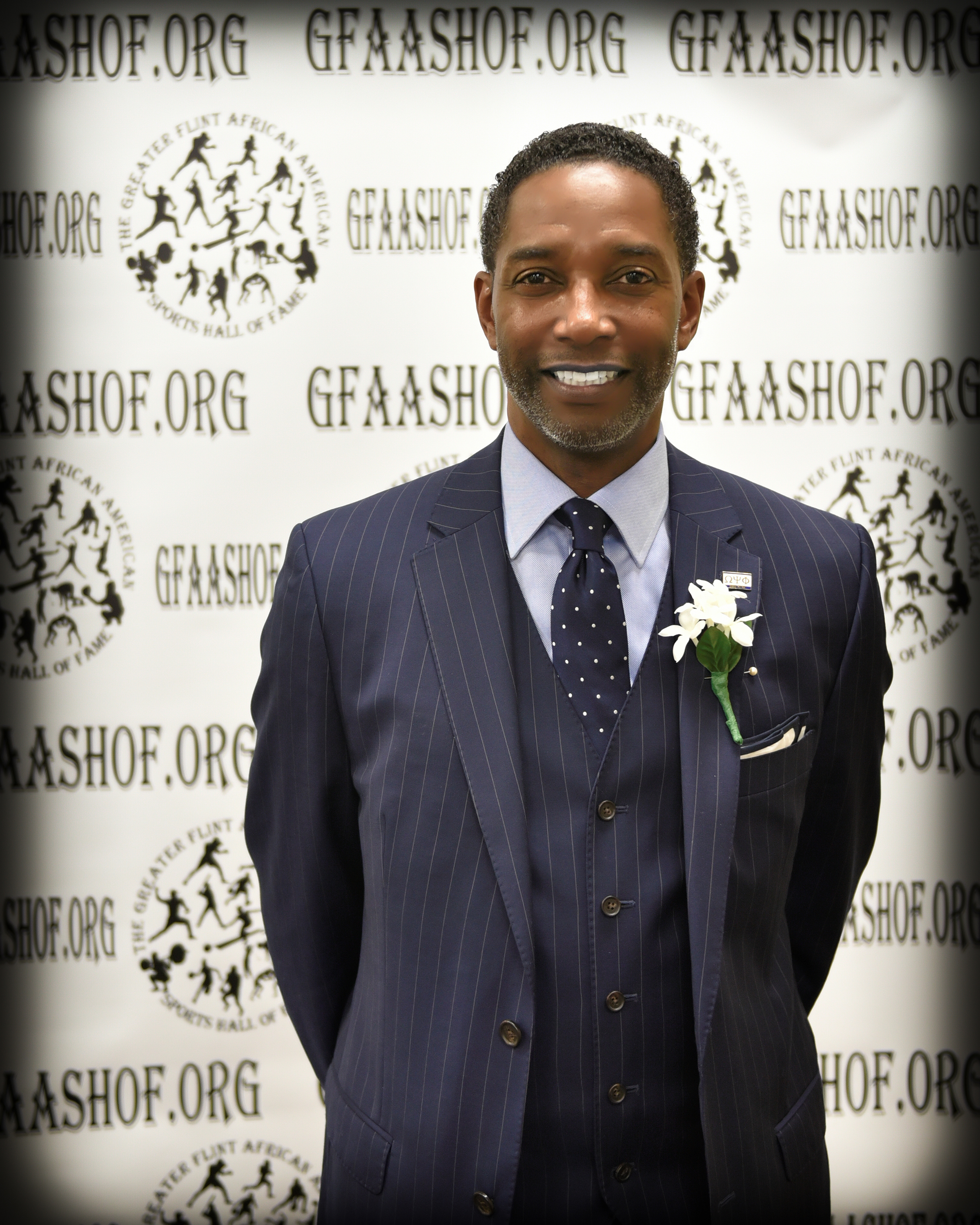 Cloyce Dickerson Jr.  began his athletic journey in Flint as a member of the Hamady High School basketball and track & field teams.  Over two seasons from 1981-83 Cloyce and the Hamady Hawks only lost a total of five games.  Winning a District Championship and Regional Championship in 1982 as well as finishing as Michigan Class C Basketball State Runner-Ups in 1983.  Cloyce was named team captain in 1983 and was named to the All-GEC team.

Cloyce played college basketball at Olivet College where he was a team captain from 1985-87 and was the only Olivet College men’s basketball guard to have a career average of more than 10 points and six rebounds per game.  Cloyce was named team MVP in 1986 and was named to the All-MIAA team in 1986 and 1987.  Cloyce continued his basketball career playing for the Sacramento Summer Pro Development Basketball League in Sacramento, CA from 1991-1996 where he was a league champion in 1991 and 1993.  Cloyce went on to coach in Sacramento as an assistant coach for the Sacramento High School boys’ varsity basketball team where they won several championships.

Cloyce Dickerson Jr.  you are a true definition of being “Flint Strong”! You have made Flint proud, welcome to the Greater Flint African-American Sports Hall of Fame!