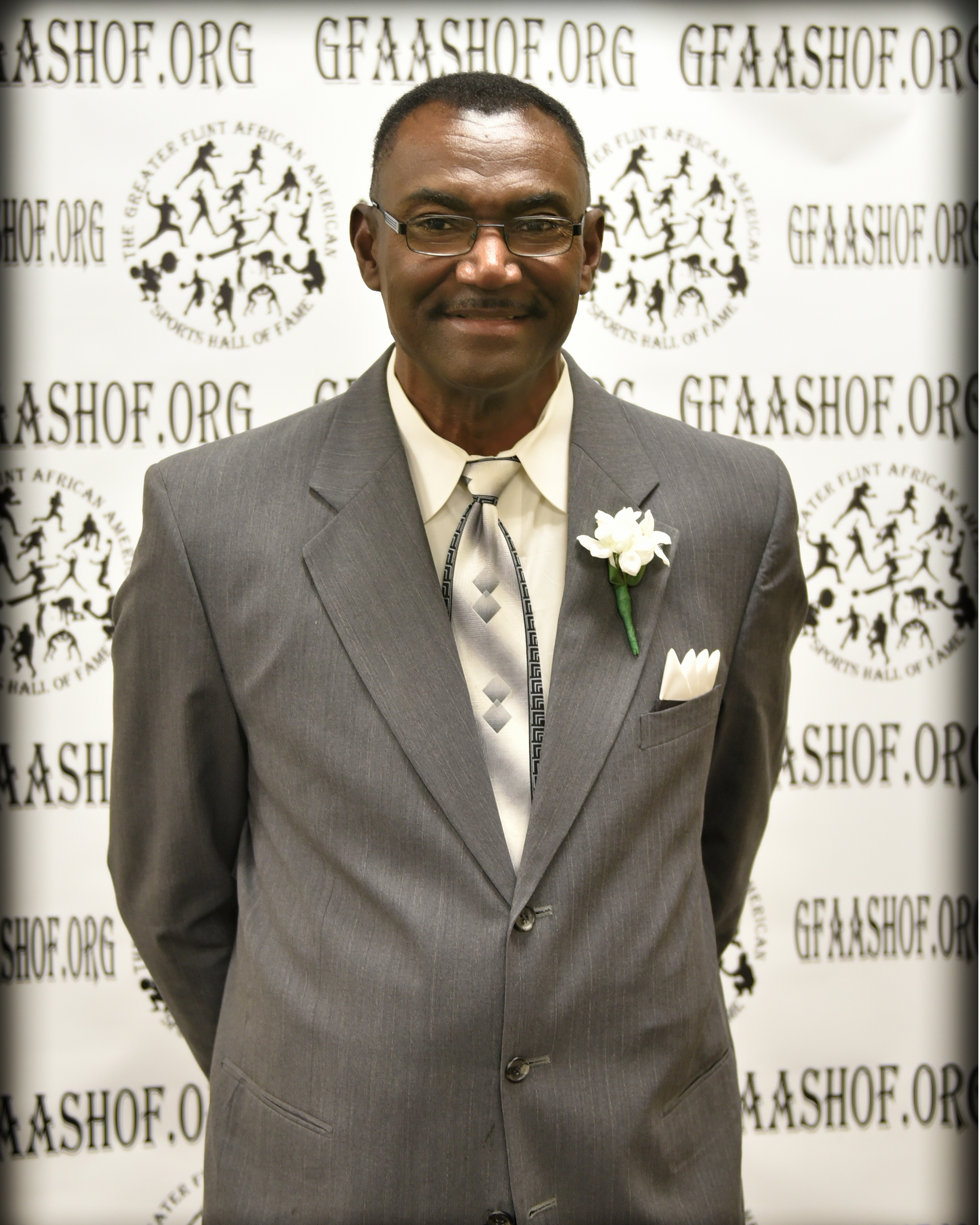 Curtis “Too-Tall” Williams started playing basketball and softball in Flint, MI when he moved to the area in 1977.  Curtis’s love and passion for basketball lead him to Flint’s legendary Class AA City Recreation Basketball League where for over twenty years he played for Dotson Collision, King Cobra and Ragnone.  Curtis won several league championships and won three championships at the State tournament level, two with Dotson Collision and one with Ragnone.  His success with Ragnone gained Curtis induction into the Greater Flint African-American Sports Hall of Fame as a team member in 2014.

Curtis also achieved success on the softball field playing all levels of softball from A to E, winning championships in the N.S.A, A.S.A and U.S.S.S.A softball leagues.  Curtis has won MVP in all three leagues and in 2006 he was inducted into the N.S.A Softball Hall of Fame.

For over 38 years Curtis has continued to be involved with athletics as a referee and umpire in basketball and softball.  Curtis refereed basketball games in the Big 9, Metro GEC, and Saginaw Valley League.  As an umpire Curtis was named Michigan Umpire of the Year and National Umpire of the Year in the N.S.A Softball League.  Curtis was also inducted into the Greater Flint African-American Sports Hall of Fame as a member of T&D Old School softball team.

Curtis “Too-Tall” Williams you are a true definition of being “Flint Strong”! You have made Flint proud, welcome to the Greater Flint African-American Sports Hall of Fame!