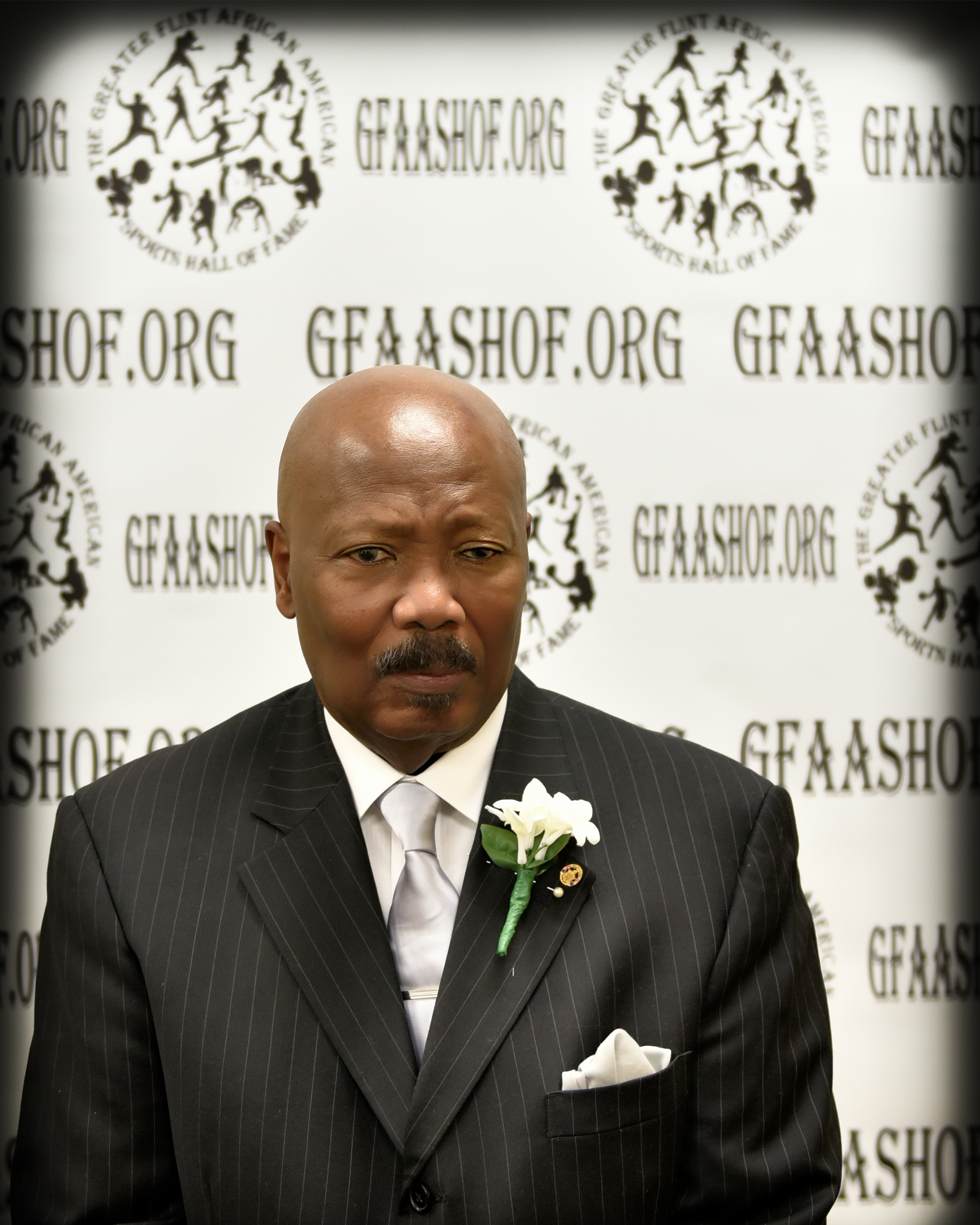 Moses Williams attended Clark Elementary and Whittier Middle School and participated in football, wrestling and track & field at Flint Central graduating in 1958.  At five-feet, 160 pounds Moses proved that heart and passion is more important than size.  On the football field Moses was a two-year starter for the Flint Central football team playing running back and free safety leading the team in interceptions and tackles.  Against Muskegon, the number one ranked team in the state, Moses rushed for 130 yards and made the game winning interception.  In 1957 Moses was team captain his senior year and was All-Saginaw Valley and All-State Honorable Mention at Running Back.

Moses also was a key member of the Flint Central track & field team for three years running the 100-yard dash, 220-yard dash, 4×400 relay and 4×800 relay from 1956-1958.  As part of the relay teams Moses helped lead Flint Central to City and Valley Championships.  Moses was also a member of the wrestling team for one season in 1956 which was Flint Central wrestling’s inaugural season.  Choosing to focus on football Moses continued his football career at Ferris State University where he played in 1962.  In 1963 Moses was drafted to the military and played football for the United States Army’s USAREUR Knight’s Football Team as a running back and free safety.  Moses played games across Europe. Moses also played semi pro-football for the Flint Wildcats in 1967.

Moses’ athletic journey led him back to the Flint Area where he decided to help young Flint athletes for generations to come.  In 2001 Moses became the head football coach for McKinley Middle School and was the JV football coach in 2005 for Flint Northern High School.  Moses was a teacher at Flint Northwestern and in 1967 he started the school’s “Pilot” Business and Data Processing Course which remains at the school.  In 1984 Moses was chosen to be an Olympic Torchbearer for the 23rd Summer Olympic Games.  Moses had a successful career at General Motors.

Moses Williams you are a true definition of being “Flint Strong”! You have made Flint proud, welcome to the Greater Flint African-American Sports Hall of Fame!