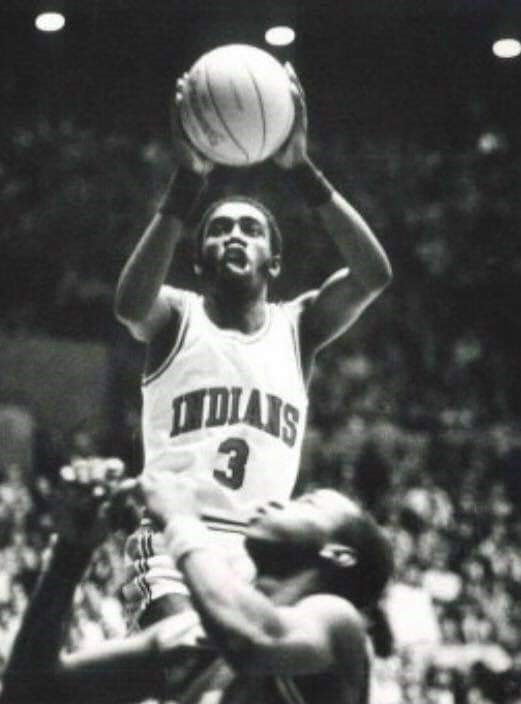 In the 1980’s Mark Harris was one of the most dynamic basketball players in the Flint Area.  At the guard position he helped lead Flint Central to three straight Class A State Championships.  As a junior in the 1981 state championship game Harris set a Class A tournament record by scoring 44 points, helping lead Flint Central to what was the second of their three straight state titles.

In his senior season at Flint Central, Mark Harris had to step into more of leadership role and did so hitting clutch shots, one of which came in a game that helped them advance in the Class A State playoffs.  Harris hit an incredible 35-foot jump shot with one second left on the clock to give Flint Central a 48-47 victory over Southfield.

The Flint Central Indians went on to win their third straight Class A State Championship.  That season Mark was named First Team All-State by the Detroit Free Press, he also finished 3rd in voting for the “Mr. Basketball” award.

Mark Harris continued his basketball career at Fort Hays State University where he played from 1986-1989.  Harris finished his career at FHSU ranked 6th on the school’s all-time scoring list.  His career scoring average of 21.2 points per game was 2nd all time in school history.

At FHSU he finished as the school career leader in free throw percentage, was fourth in career field goal percentage, and sixth in career assists and steals.  In 2013 he was inducted into the Fort Hays State University Sports Hall of Fame.

Mark Harris you are the true definition of being “Flint Strong”! You have made Flint proud.  Welcome to the Greater Flint African American Sports Hall of Fame!