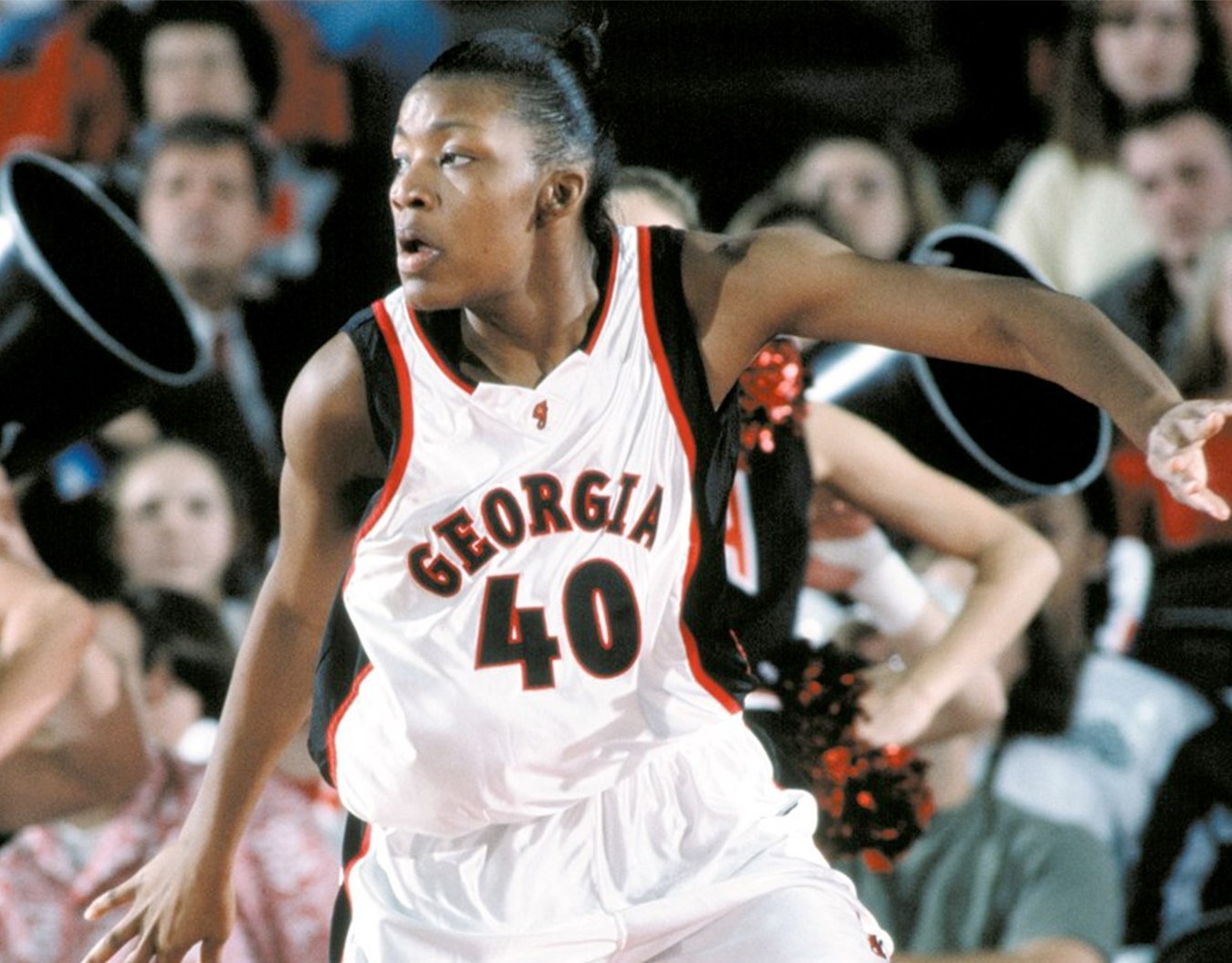 Tawana McDonald Robinson started her basketball career at Flint Northern High School where she was a key part of a Lady Viking’s team that dominated in the 1990’s.  McDonald was a three-time All-State selection and two-time Class A state champion with the Flint Northern girls’ basketball team.

Standing at six feet, four inches Tawana McDonald was a dominant force in the paint.  In 1994 as a freshman in a Class A State Championship victory she set a state record for blocks in a championship game with ten.  That season she was also named 2nd Team All-State.  As a sophomore McDonald averaged 15 points, 9.8 rebounds, and 6.5 blocks per game.  Tawana finished the season by helping lead Flint Northern to another state championship and a perfect 28-0 record.

In 1995, 1996 and 1997 Tawana was named to The Detroit News’ Dream Team which honors the best girls’ basketball players in the state of Michigan.  As a senior she averaged 12.2 points, 10.1 rebounds and 5.3 blocks and was named runner up to the “Miss Basketball” award.

She continued her basketball career at the University of Georgia where she set school records with 297 career blocks and led the SEC in blocks for three years.  McDonald helped lead Georgia to the Final Four in 1999, was a two-time All-SEC selection and was named the SEC defensive player of the year.

Tawana finished her collegiate career with 1,225 total points and 885 rebounds, both of which were school records for the University of Georgia. Tawana’s dominant play led to her being selected 13th overall by the Indiana Fever in the 2002 WNBA Draft.

Tawana McDonald you are the true definition of being “Flint Strong”! You have made Flint proud.  Welcome to the Greater Flint African American Sports Hall of Fame!